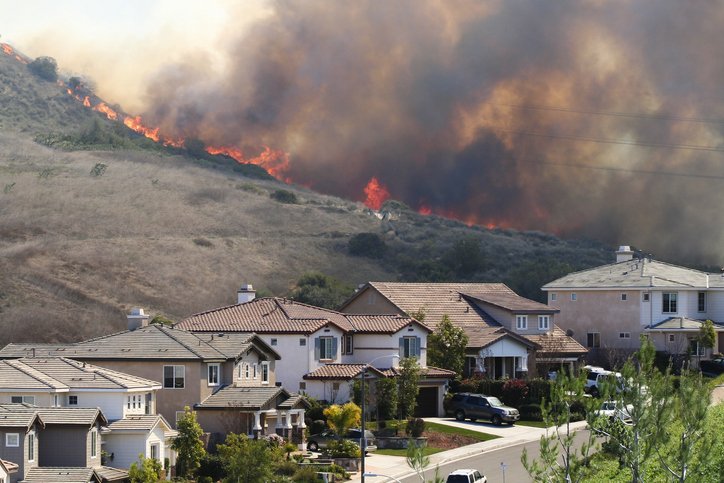 Commonly referred to as the “insurer of last resort,” the California FAIR Plan was established so that all property owners in the state have access to basic fire insurance when coverage in the traditional market is unavailable through no fault of the property owner. However, in 2020, when a wildfire raged through California’s Bay Area, a homeowner filed a claim with the California FAIR Plan and was denied coverage.

On March 4, 2021, a Breach of Contract/Warranty case was filed by Sarah Mapel, a California homeowner, against the California FAIR Plan Association. According to Mapel, once the fires were extinguished and it was safe to return home, she found that the smoke had caused extensive damage to the interior of her house and personal property.

“I got back to my home after the evacuation order was lifted and it was just rancid from the smoke inside,” Mapel said. “You could just see the particulate in the air, and everything was covered in ash and soot. It smelled awful, like nauseating.”[1]

With smoke damage and expenses in excess of $200,000, Mapel filed a claim through her insurance provider, the California FAIR Plan.  However, because there was no physical change to her home, Mapel was told that she had no coverage under her policy. Instead, Mapel said she was sent a check for $1,100 to buy some HEPA filters and was told to Swiffer her house. As a result of this lawsuit, policyholders, consumer advocates, and public officials have accused the insurer of violating state laws by failing to provide adequate coverage for California homeowners. The Department of Insurance has also become involved, increasing its scrutiny of the FAIR Plan and working to enact new regulations regarding coverage for smoke damage.

In early July, the California Department of Insurance held a public “investigatory” hearing in Oakland to explore possible solutions for revamping the California FAIR Plan. The hearing came about after two reports were released last month highlighting serious concerns about the FAIR Plan. However, during the hearing, FAIR Plan officials declined to discuss specific policy or claims questions or concerns, citing ongoing legal action brought against them by policyholders. Instead, they focused most of their presentation warning about the potential consequences of forcing the FAIR Plan to significantly expand coverage or lower rates.

Despite the Department of Insurance demanding that the FAIR Program start covering claims involving smoke damage, consumer advocates say the FAIR Plan has continued to deny smoke claims due to wildfires. As a result, officials from the Department of Insurance say that they will continue to ramp up efforts to change the FAIR Program’s policies. As of today’s date, those efforts have resulted in 20 private insurers deleting illegal smoke policy provisions after being notified by the department, resulting in $166 million being returned to policyholders in 2021.